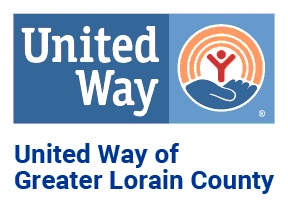 Introduction
Giving by individuals accounts for nearly three-quarters of charitable giving in the United States, and it was over $326 billion in 2021. Changes to tax policy can have an effect on the incentives individuals and households face when making the decision of how much to give to charity. 2022 U.S. tax code currently only encourages charitable giving by individuals who itemize their expenses. Recent tax reform proposals differ widely on how to treat charitable giving. The deduction for charitable giving is intended to support nonprofit organizations and encourage activities that provide societal value. The reasoning is that these organizations may supplement or substitute for government activities while potentially being more responsive and directly accountable.
The charitable giving deduction was established shortly after the income tax itself, by the War Revenue Act of 1917. Currently, it is capped at 50 percent of adjusted gross income, and is only available to households that itemize deductions. Prior to the Tax Cuts and Jobs Act (TCJA), about 30 percent of households itemized; however, post-TCJA only 11 percent now itemize.
Those who itemize tend to be higher-income, and higher-income households derive greater tax benefits from the charitable tax deduction. A tax deduction reduces taxable income by the amount deducted; it thus reduces total tax liability by the tax rate times that amount. Given the progressive nature of the tax code, with increasing marginal rates, that means that a deduction is worth more to higher income households. The Congressional Budget Office estimates that over 80 percent of this benefit accrues to households in the top quintile of the income distribution, with over one-third accruing to the top 1 percent of households. These deductions and credits are called tax expenditures, since they are functionally equivalent to the government raising those funds and then expending them itself.
Recent tax reform proposals differ in their treatment of the charitable giving. Some have proposed expanding the availability of the deduction to all households, irrespective of whether they itemize. Others cap or even eliminate the deduction. Others still recommend a tax credit rather than a deduction, in which all tax filing units receive the same benefit from making a donation regardless of their tax bracket. A number of states also offer additional state tax incentives for charitable giving.
As part of the 2020 CARES Act, Congress authorized up to $300 per individual ($600 Married Filing Joint) to be deducted “above-the-line,” or without needing to itemize. This not only encouraged charitable contributions in greater numbers by the 89 percent of families who do not itemize, but allowed a tax break for everyday families who were already giving charitable contributions. However, for the 2022 tax year, the above-the-line charitable deduction has expired and those who do not itemize no longer receive any tax benefit from charitable contributions. This means that the only taxpayers who receive tax benefits for charitable contributions are those in the highest tax brackets.
United Way of Greater Lorain County Position
United Way of Greater Lorain County supports the continuation of the federal Charitable Giving Deduction through itemization, as well as the reinstatement and expansion of the above-the-line charitable giving deduction.